Bursting with history and charm, this quaint little town has everything you’ll love including a fish and chips shop, cobbled streets, beautiful river with walks, medieval architecture and more. 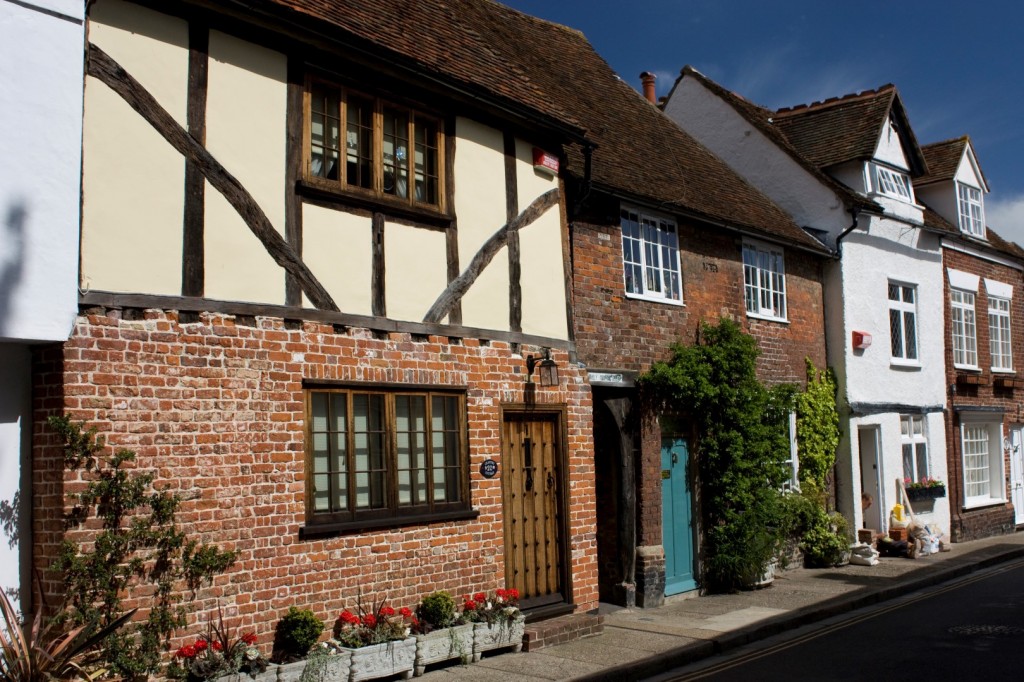 One of the earliest settlements in Kent, set near the coast between Ramsgate and Deal, the River Stour runs through the heart of this historic gem. Once a busy port, before the sea retreated, the town has kept much of its character and period architecture.

Now a designated conservation area and a popular place for weekend visitors from the city, its cobbled streets boast continental-style cafés, boutique shops  and independent traders, as well as some of the popular high street brands.

The area is also a haven for wildlife, attracting artists, photographers, walkers and beachcombers. There are a number of nature reserves nearby and long stretches of unspoilt beach and coastal walks. It’s also a popular destination for golfers with several courses locally, including the world-famous Royal St George’s.

Why not cruise the river: The Harbour Master at Sandwich has been running river tours since 1999. Offering regular trips on the peaceful River Stour from Sandwich to the Roman fort at Richborough and cruises up river to Fordwich, he also offers wildlife tours to see the seals where the river meets the sea.

Take a stroll in the gardens:  The Secret Gardens of Sandwich is a stunning attraction, set within the town walls. The three-and-a-half acre ornamental gardens are in the grounds surrounding the luxurious Salutation inn. They have been fully restored and are now open to paying visitors. There’s even a quaint tea room on site should  you need to rest your feet.

Step back in time: The Guildhall museum in the town’s Cattle Market tells the story of Sandwich from early medieval times via illustrative panels and artefacts dating back to the 13th century. You can also walk around the old town wall, which comprises The Butts, the Ropewalk, Millwall, The Bulwarks and Town Wall. Download a walk route from www.open-sandwich.co.uk which points out all the places of interest and historic buildings along the way. And if you plan to venture a little further afield, Richborough Roman Fort is set in the marshes and is one of the most important Roman sites in the country.

Our dedicated team have been hard at work ensuring that students, from all over the world, can still learn English,… https://t.co/ieLqqL4FJB

English in Margate a year ago

If you haven’t already, you have to try the @tobycarvery #fullenglish, a traditional English breakfast that dates… https://t.co/Ht6ZVxjBvU

English in Margate are one of the only language schools that offer students its very own, on-site, social club with… https://t.co/hfBnuQmxPW

Now in its 11th year @broadiefoodfest takes place next weekend, 4th-6th October.
Head down to experience some of t… https://t.co/DVebc9OlyK

An exciting new #JobOpportunity has arisen for a Native English Language Teacher available from September… https://t.co/XSheONIXVR